Getting Stronger but Not Losing Weight? Here’s What’s Happening

Practice something often enough and perfection becomes inevitable. Get too good at it and sometimes it will be harder to lose weight.

What’s the best way to get better at anything?

We know that if we practice something often enough that perfection is inevitable.

Through science we have a thorough understanding of how our bodies adapt to frequent repetition. Since these changes are predictable and measurable, it’s reasonable that we can approach any exercise (physical or otherwise) in a way that maximizes our abilities and realizes our potential.

After reading this you’ll have a clearer understanding of the underlying cause for every improvement you’ve ever experienced. And, you’ll have the ability to apply this new understanding in a very practical way. You’ll be able to move faster, develop greater strengths, and perform better at just about anything – no, at absolutely everything. 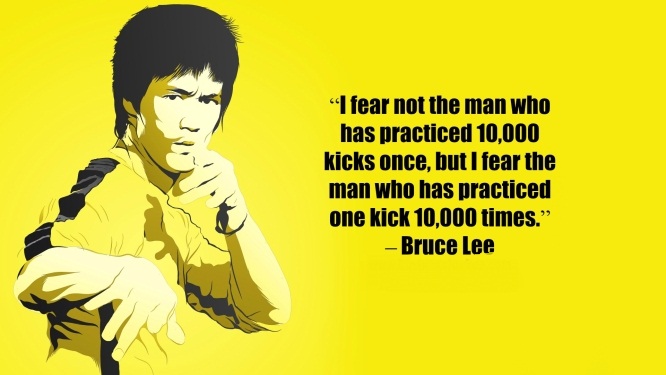 Repetition reinforces patterns. It trains the nervous system to become exceedingly familiar with the movement-related aspects of physical performance, and the brain to become exceedingly familiar with reasoning & learning-related tasks. Whether you’re practicing a golf swing, shooting a free throw, learning long division, or tying your shoe – it all boils down to your level of acquaintance. Repeat it often enough and eventually you’ll elicit something people commonly refer to as “muscle memory”.

Believe it or not, a muscle cannot remember anything, period. Remembering what to do and when to do it is a function reserved exclusively for the brain. “Muscle-memory” attempts to describe the brain’s thorough familiarity with a movement pattern and your neural network’s ability to deliver the signal to each of its final destinations. We perfect an exercise by practicing it so much that when the initiative spark fires in the brain it sets off a harmonious cascade of precise and predictable nerve impulses. These impulses fire a sequence of muscle contractions causing precise movements at specific joints. It would be far more accurate to call this phenomenon “muscle-potential”, though the latter iteration doesn’t roll off our tongues quite like the former does.

When a movement or exercise is unfamiliar, your body uses an excess of energy to ensure that the job simply gets done. Form will suffer, efficiency will certainly suffer, and things get a little sloppy.

Your brain has no idea of the extent of this new movement – how long it will take? How hard will it be? How critical is it? How much energy will it require?

It only knows that it needs to complete this task at this moment… it needs to do it somehow… anyhow… right now. Before the movement is even completed your body gets to work to ensure that it’s better prepared for it the next time it has to do it. This preparation gives you the ability to do it again, but faster, and better, and easier – all for the sake of efficiency. You’ll use fewer resources each time you repeat it, and because it’s getting more familiar, you’ll be better prepared for each time you do it – It’s more economical that way.

For example – you might be strong enough to do a good, clean push-up but lack the ability to do it smoothly and without any “jitter”.

Try it – set up on the floor to do a push-up and begin to slowly lower yourself down to the floor. What will become obvious is a jittery, jerky, and apparently “unpracticed” attempt at this movement. This “jitter” is your brain’s best attempt to perform the task at hand in the most fluid and efficient manner possible.

But, there’s a problem – it’s an unfamiliar movement at an unfamiliar speed, using unfamiliar muscles in an unfamiliar order. It looks unpolished simply because it is unpolished. Practice this enough and you will inevitably develop a greater command over it. You’ll notice that it becomes more coordinated, more effective, and more efficient as it becomes more familiar. This same thing happens whenever we do anything for the first few times (and to a limited extent, each time after that). As the movement becomes more familiar, the brain will get better at coordinating it by learning to fire the right muscle fibers in the right sequence, and at the right time.

I remember watching my one-month old daughter (now seven going on 17) sitting in her car seat, doing what a one month old usually does – nothing – she’s basically just a potato at this point. I was staring into her beautiful eyes (as I often still do), and right at that very moment she picks up her hand and WHAM, she punches herself right in the eye with all the force she could muster in that little arm. She looked at me with this “what the hell was that?!” look on her face.

Here’s what happened: this was the first time her brain ever attempted to coordinate the muscle actions needed to scratch an itch on her face. As inexperienced as she was at this, the signal to her muscles was a rather binary – that bicep was either ON or OFF. She lacked the experience to moderate the contractions and use any fine motor control to avoid this little surprise. After a period of time and a certain number of “reps”, she was able to establish a smoother and more efficient pattern of neural impulses allowing for the proper (and less dangerous) execution of the face-scratch. 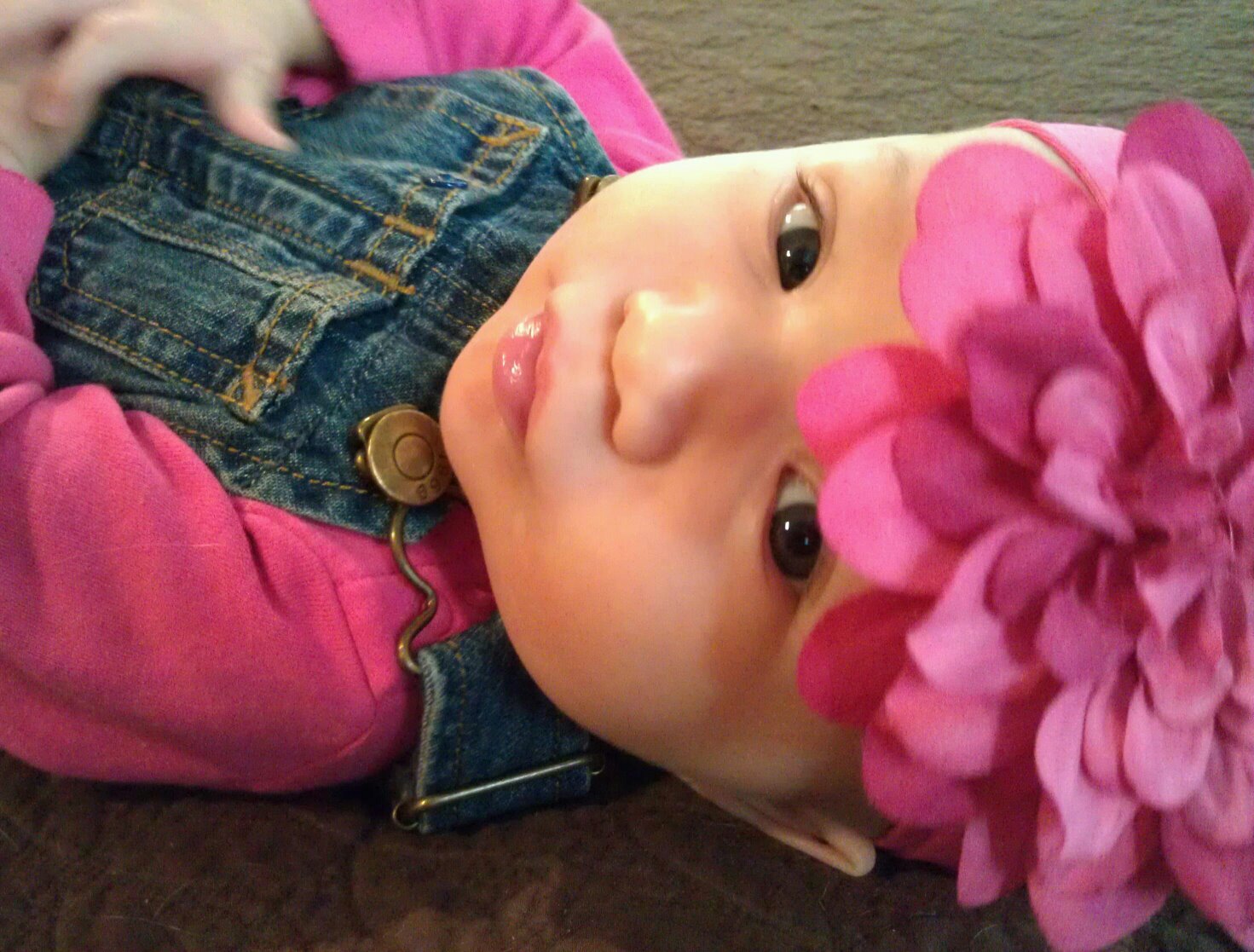 Try thinking of it this way – you’ve thrown a baseball before? More than once? Try throwing a baseball as hard as you can with your non-dominant hand.

Take note of how pretty that looks the first time you try it.

Your body’s primary motivation when performing any task boils down to just one thing – economy.

Conservation is key. Get more familiar with doing something and it’ll take less time, less thought, and less work.

We’ve ALL experienced this in some form or another:

You used to lose your breath walking up the stairs, now you take two at a time,

You’ve had this extra 15 pounds of fat despite running longer, training harder, and eating cleaner. It’s 15 pounds, that’s about 52,500 calories. Sure that seems like a lot, but a 100-calorie deficit every day nets you an incidental 10-pound weight loss over the course of one year. Throw in some daily exercise and now you’re at a daily deficit of, say 400 calories – that 15 pounds should come off in about four months (give or take).

You occupy a highly-specialized, highly-adaptive machine whose primary objective is preservation – resource-preservation. To put simply, its objective is to use the minimum resources needed to complete a task, and not a single iota more.

This is true from both a metabolic standpoint, as well as a mechanical one.

You’ve been trying to lose this weight for years now, but because this machine adapts for efficiency – the harder you work, the better you get at working hard – this weight isn’t going anywhere anytime soon… Unless, of course, you force the machine to continually adapt.

How do you do this? Well, you’re going to have to work harder than you did yesterday, everyday.

Keeping this extra energy stored for a rainy day is a life or death proposition for your body. If this new, more challenging environment is going to be the norm for you then rest assured that your body is doing its best to get the most mileage from this extra energy you’ve been hanging on to – in case of famine, you know?

And That, My Friends, Is Economy…

This neural reprogramming is the first (and least demanding) attempt to make whatever action that you’re practicing economical enough to preserve your body’s precious and hard-earned resources.

Generally speaking, it’s only after the neural improvements begin to maximize that the body begins to explore other avenues to improve the efficiencies of exercise.

Incidentally, these will influence your body composition, endurance, flexibility, speed, and power (among other things), though that’s for another day.